Watch Internet TV on Your iPad

Internet TV in the start was only limited to our PCs, but with time users attached their TV screens to it and smart TV was invented. Smart TVs enable users to operate on a TV that is connected to the internet, at the same time being controlled with a remote. Research showed statistics of a large number of consumers switching to gadgets that provide the facility of internet TV. Catch TV became popular a very long time ago and technology advancements allowed users to enjoy their choice of shows in more than one way.

The touch screen tablet that is the size of a mini laptop and weight of a Smartphone became a success over night, which was expected as gadget lovers awaited the arrival of the iPad. First it was the internet TV application that got hits through the Ipad, later it was the application that became a reason for iPad sales. In the first 80 days Apple managed to sell around three million units, making it the most successful gadget of the year 2010. 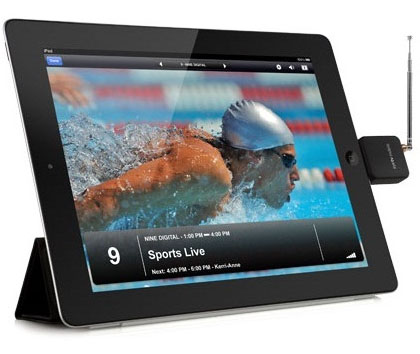 People have become so used to watching TV that they prefer to bring it along wherever they go. Cell phones and laptops have been mediums to watch internet TV but a cell phone screen is too small for a user to enjoy. The memory of a cell phone also might not be able to hold large chunks of data for a user to watch TV on it. Even though a laptop provides a wider screen to view, it’s not portable enough for a person to watch TV on it in a bus or a train.

iPad is one of the most desired IT tools and the internet TV application adds more to its demand. For users the iPad has served to be the best combination of TV on the go. As a vacant lap is not required to place an iPad, it is easy to carry and hold while watching videos. It is A 9.7 inch tablet which is Apple’s magical revolution, at the same time it is very affordable and can be easily bought in place of laptop.

Apple gadgets have always been famous for their applications and this time again the iPad increases the number of consumers for Apple. In the age where iPads are replacing desktops and laptops, Internet TV is replacing traditional TV.

The iPad2 was released in April 2011, with even more enhanced features, less weight, sleek design and above all more applications. The iPad uses WIFI technology to provide internet access to its users but a wireless broadband device can also be used where a WIFI connection is not available.

Author Bio: – Calvin Scott has written this post. His passion for learning latest technology gives him an upper hand to other bloggers. Innovations in gadgets is what keeps him going and act as food for his soul as he writes decent reviews on them. Visit his site for internet and internet en tv.