Apple officially announced that iPad 3 will be launched today at 8:00 am on March 16th Friday through Apple retail stores and online stores in The US, Australia,Canada, France, Germany, Hong Kong, Japan, Singapore, Switzerland and the UK; along with Puerto Rico and the US Virgin Islands. 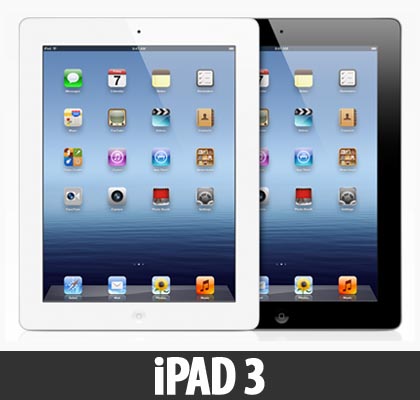 According to Apple’s Press Release:

The new iPad 3 features a stunning new Retina™ display, Apple’s new A5X chip with quad-core graphics and a 5 megapixel iSight® camera with advanced optics for capturing amazing photos and 1080p HD video and still delivers the same all-day 10 hour battery life* while remaining amazingly thin and light. iPad Wi-Fi + 4G supports ultrafast 4G LTE networks in the US and Canada, and fast 3G networks around the world including those based on HSPA+ and DC-HSDPA.** Additionally, iPad 2 is available at a more affordable price starting at just $399.

“Every customer who buys a new iPad at an Apple retail store will be offered free Personal Setup service, helping them customize their iPad by setting up email, loading new apps from the App Store™ and more.”