Firefox 11 for Windows, Mac and Linux

Mozilla has released its web browser update Firefox 11 for Windows, Mac and Linux. Firefox 11 final includes new features and fixes to improve the performance and user experience over the web.

Now with this fresh creation of Firefox 11.0 beta 1 you can transfer Chrome bookmarks, history, modernized media controls for HTML5 video, support for the CSS text-size-adjust property, the outer HTML property and above all the largest and most useful addition is the add-on synchronization. This new feature allows you to locate any add-on installations you may have across multiple desktop machines, whereas previously you had to do the whole process manually for each set up. 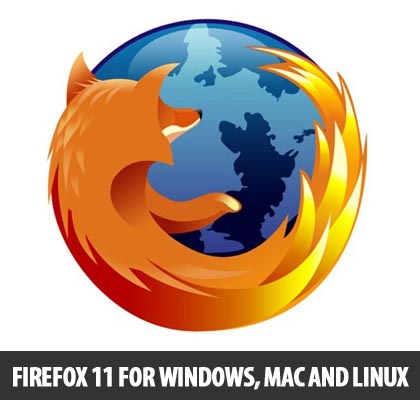 Firefox 11 also offers tools that build the page (DOM) in a 3D visualization shows. The various “tags” in a page appear as stacked blocks so at a glance the hierarchy of the page structure is shown. The page is visualization of all sides by the 3D animtie to tilt and rotate. It is also possible to zoom in and out.