Firefox, one of the top Internet browsers, has an update to Firefox 10 with some additional features, UI changes and bug fixes available for download. This upgrade is from the previous 9.0.1 build that many Firefox users have been using. It seems like not too long ago that we (Firefox users, at least) were all running Firefox 4. Nine months later, here we are at version 10 after the announcement of rapid releases from Mozilla. 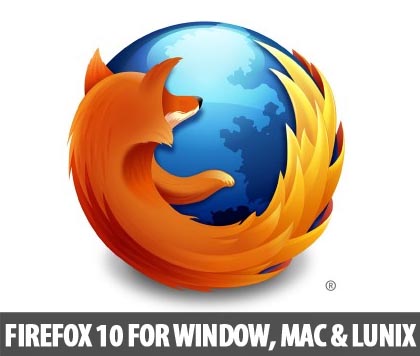 You can check out known issues, release notes and more detail information about Firefox 10 at source.