Apple has been under criticism from within the industry as well as from consumers, the latter especially feeling a bit of burden of guilt on behalf of Apple’s treatment of its laborers. To keep things transparent and in an attempt to address these allegations about harsh treatment of its labour force, Apple has released an extensive list of its suppliers for the first time along with an annual report about labour conditions at contract manufacturers around the world. How much these reports are truthful to the conditions on the ground is anyone’s guess. 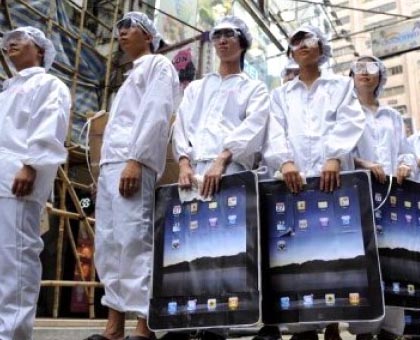 According to 2012 report, more than half of workers at 93 of the audited facilities exceed the 60-hour limit at least once during 12-week examination period. Apple has said that it has taken action against such overworking by keeping track of the working hours of each labourer.

Through this audit another fact that has come out is about the pay deductions as a disciplinary measure in 67 facilities and 108 facilities were found to have broken laws about regulating overtime pay.

Can we now question Apple’s status of being the third wealthiest technology company in the world as all legal and human rights’ conscious? Under these circumstances, Apple has announced that it will join Fair Labor Association and will become the first technology company to do so. Fair Labor Association is a non-profit network that monitors working conditions around the world.