Steve Wozniak, Apple’s co-founder, likes Android better than Apple’s Siri, because it performs better than Apple’s iOS. He was reported to have waited in line for hours to get the new Apple’s smartphone, iPhone 4S, so he is indeed a big fan of his own company, there is no denying this fact.

Even though Steve Wozniak is full of praises for Android, Steve Jobs had different ideas. He in fact wanted to “destroy” what he considered to be a stolen product. Contrarily, Wozniak thinks Android’s OS to be a better product than Apple’s own iOS. He confessed this in an interview to The Daily Beast saying, “My primary phone is the iPhone. I love the beauty of it. But I wish it did all the things my Android does.” The thing that Wozniak likes the most about Android is its voice commands and its built-in navigation system.

He says that, “I used to ask Siri,’What are the five biggest lakes in California?’ and it would come back with the answer. Now it just misses. It gives me real estate listings. I used to ask, ‘What are the prime numbers greater than 87?’ and it would answer. Now instead of getting prime numbers, I get listings for prime rib, or prime real estate.” Now that tells a lot about Apple’s famous voice-activated virtual assistant. 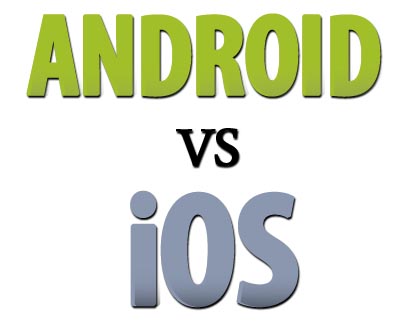 He believes that Android phones are more difficult to operate than Apple’s smartphone, but once you can find out to work it, it really does offer in some ways more than an iPhone. He gave his recommendation and advice saying, “The people I recommend the iPhone 4S for are the ones who are already in the Mac world, because it’s so compatible, and people who are just scared of computers altogether and don’t want to use them.”

Hence, in the end, he plugs in his own product. It is totally up to a user which smartphone he or she chooses. If not to go with the hype and brand-advertising, the right product will surely win. When it comes to technology, the right choice is always to go with a product that is easier to operate for you than to go with one which looks fancy, but ends up not working for you.