Apple today has released iTunes 10.5 Beta 9 ahead of Gold Master release which is expectedto be available next Tuesday alongside iOS 5 GM. 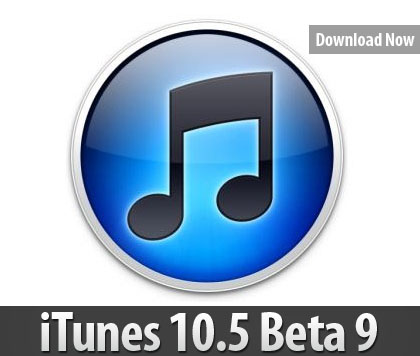 This release comes in after iTunes 10.5 Beta 8, which included enhanced support for the iTunes Match service, was unexpectedly released three weeks ago. According to rumors, bothiOS 5 Beta 7 (the current latest seed) and iTunes 10.5 Beta 9 are the very last pre-release seeds of the software in question just before both products reach Golden Master status. For those of you who don’t know, “Golden Master” is the designation given to a developer-only seed that will then be made available to the general public if no major issues are found. As with any pre-Golden Master build, some last-minute bugs should have been squashed, although we haven’t yet had the chance to try out iTunes 10.5 Beta 9 at the time of this writing.

Apple will release iTunes Match on its big upcoming media event on October 4 where company will also unleash the next iteration of iPhone, probably called iPhone 5 and iCloud service alongside some other announcements.

If you are a registered Apple developer then head to iOS Dev Center to download iTunes 10.5 beta 9.