iOS 5 was initially appeared at WWDC 2011, and this latest iOS is integrated with 200+ new features as compare to its predecessor. 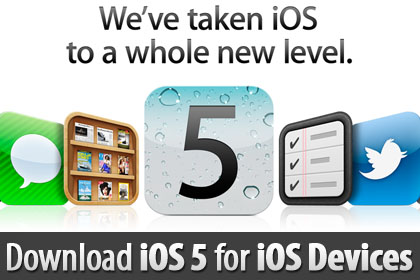 You can download iOS 5 according to your iDevice requirement through links below.