iOS5 Beta 7 has been released. Two weeks after the release of ios5 beta6 this version has been released.If you’re a registered Apple developer, you can legally download it immediately. This time iOS 5 beta 7 is the new IPSW firmware released for the Apple iDevice users. This latest iPSW is only available for Developers but we managed to find some free download links available for download of the IPSW. 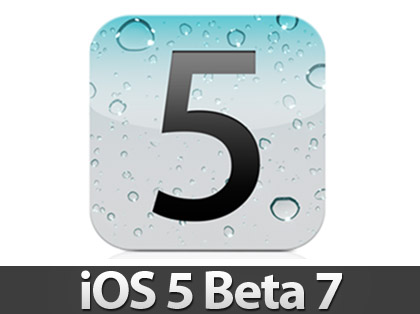 Apple’s registered developers and now the iOS 5 beta 7 is available for download through iOS Dev Center that includes  minor bug fixes and improvements.

At WWDC 2011, iOS 5 was introduced to developers with 200+ new features and its first beta was made available for download at that time where the iOS 5 final public launch is set for this fall.

In order to sync your device after you’ve installed iOS 5 beta 7, remember to update to iTunes 10.5 Beta 7, which is also available from Apple’s developer site. This update includes the needed changes to make iTunes compatible with the latest release of iOS.