The announced release date for Firefox 6 final is 16 August 2011, but the build is available on Mozilla FTP servers ahead of its schedule. So, the interested users can download Firefox 6 final before its official launch through links below for Windows, Mac and Linux.

Mozilla has adapted the fast release cycles which has proved successful for Google’s Chrome. Firefox 5 was released just a couple of months back and we already have information about Firefox 7 which is due later this year. 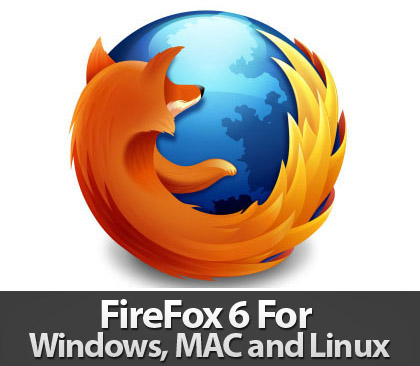 If you are the impatient types who don’t wish to wait for the official announcement, go ahead and download Firefox 6 Final version right away from the Mozilla FTP server. Direct downloadable links are given below.