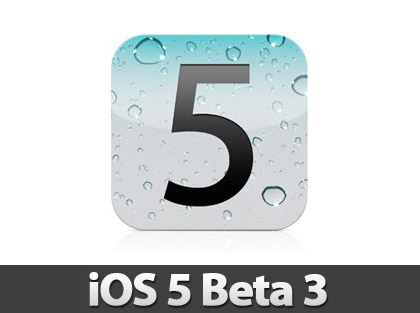 iOS 5 was first unveiled last month at WWDC, Apple’s developer-oriented conference, along with the release of iOS 5 Beta 1 for registered developers. Among many of the new features present in this release, the most prominent include a new to-do system known as Reminders; enhancements to Mobile Safari; iMessage, a new exclusive instant messaging client for iOS users; and a built-in set up wizard, eliminating the need for a computer connection in order configure the handset. You can read more about the new iOS on our write-up.

iOS 5 Beta 2 was released just a few weeks later, also to registered developers only. It included several new lock screen and iMessage enhancements. It was also the first widely-available build to include wireless syncing, a new feature that allows media to be transferred back and forth between iTunes and the iOS 5 device through a wireless network, without a computer connection.

Over the next few months, new developer builds of iOS 5 will likely be seeded until the operating system finally hits the market in the Fall.