Google+ app for iPhone, iPod touch and iPad has been submitted to the iOS App Store and if no issues are found, the App should be approved rather quickly. Google+ is Google’s new endeavor in social networking, which has captured the headlines in recent days. 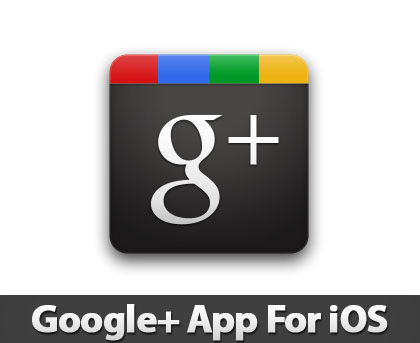 According to developer Erica Joy on Google+ itself, the iOS app was submitted prior to today, which suggests that approval should be on its way:

For my iPhone using friends: the Google+ iPhone app has been submitted to the App store (no not today, sometime prior to today) and is awaiting approval.

Although Erica Joy’s post refers to an “iPhone” app, Erica later clarified that by “iPhone” she meant “iOS”, which suggests that  Google will offer an app specifically designed for the iPad’s large screen. Meanwhile, the Google+ App for Android, which has been available ever since Google+ was announced last week, has already received 500,000 – 1,000,000 downloads, with generally good reviews, according to the figures on the Android Market.

Google+’s Android client extends the service onto the smartphone, allowing users to immediately share information from their phones. There are several other features available, such as group text conversations, similar to Apple’s iMessage, which first debuted in iOS 5.

Google+ was first announced on this past Wednesday and has been on a limited invite-only testing phase ever since. The new project is being marketed as a social network that bring out the best of natural human interaction, which is often constrained by traditional social networks, according to Google. Features like +Circles allow friends to be sorted into different groups which can then be assigned different content, including text posts, pictures and even video. After all, the information you’re looking to share with your closest friends is likely not the same you’d like your co-workers to know about.

While the service isn’t accessible to everyone just yet, reviews so far have been very positive, with many waiting to get their hands on an invite. The urge for invitations has led Google to temporarily disable new invites for a day, due to excessive load. After Google’s previous failures in the social networking space, such as Buzz and Wave before it, it’s nice to see Google finally get some well-deserved credit for its work. Whether the service will be just as successful a few months down the road is hard to predict, but so far, so good.