Apple just release of iOS 5 beta 3, Apple has also seeded the third beta of iTunes 10.5 beta 3 which is a major requirement if you plan on restoring your iPhone, iPad or iPod touch to iOS 5 beta 3. 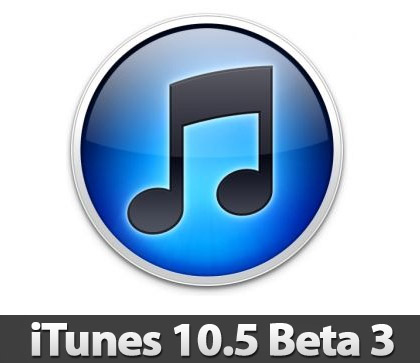 iTunes 10.5 beta fully supports the features and services of iOS 5 beta 3, without which it would be completely useless. To start off with, iTunes 10.5 beta 3 is a very necessary download in order to get your iPhone, iPad or iPod touch up to speed with iOS 5 beta 3, and to say the least, iTunes 10.5 is the only way through which you can restore to the newest beta of iOS 5.